Greater Hartford Academy of the Arts, located at 359 Washington Street in Hartford

$200-$500; $500–$1000, $1000+ Financial Aid Available, Offers Reduced Fee Based on Family Income. Since our program outcomes are performance-based, we stress from the onset the importance of participation in rehearsals and classes. Attendance is a requirement for participation in the final performance. All students and parents are notified of this before the start of the program with the understanding that casting may change in light of repeated absences.

At this time we do not offer transportation to our students. For some of our students, this may pose a problem on attendance, due to the lack of vehicle, relying on public transportation, work schedules, or other issues. Hartford Stage’s Summer Studio has staff who are trained in CPR/First Aid and Youth Mental Health First Aid. As of 2019, the program is a licensed camp through the State of Connecticut.

We will be following state guidelines for summer camps and implementing new health and safety protocols.

More about our camp:

Hartford Stage’s Summer Studio is one of the state’s top youth theater programs. A continuation of the summer program that began at the now-defunct Hartford Children’s Theatre, Summer Studio offers high-touch, collaborative, creative theatre experiences for children ages 3–18. Classes are based around works of literature and make connections between literacy and performance.

Studio classes are led by experienced teaching artists, many of whom have theater and/or education degrees from universities such as NYU Tisch School of the Arts, University of Connecticut, Montclair State University, and Muhlenberg College.

Youth Ensemble: Ages 10-15; Each student is cast in either a musical or non-musical production. Mornings are spent in rehearsals, while afternoons give actors the opportunity to explore electives of their choice. Once a week, the Youth Ensemble enjoys a field trip.

Teen Musical: Ages 14-18; Teens will rehearse and perform in a full production musical. The first two weeks of the program will be spent online learning and recording music before moving in person to learn staging and film the performance.

Junior Troupe: Ages 8-11; Students will be cast in a musical production. Students will split their time between rehearsing and taking part in theater classes.

Children’s Cast: Ages 5-8; Students participate in an array of playful activities, including story theatre, creative movement, music, puppetry, dance, and arts and crafts, as well as going on a weekly field trip. Each session ends in a mini-production that each cast creates based on favorite stories and characters. 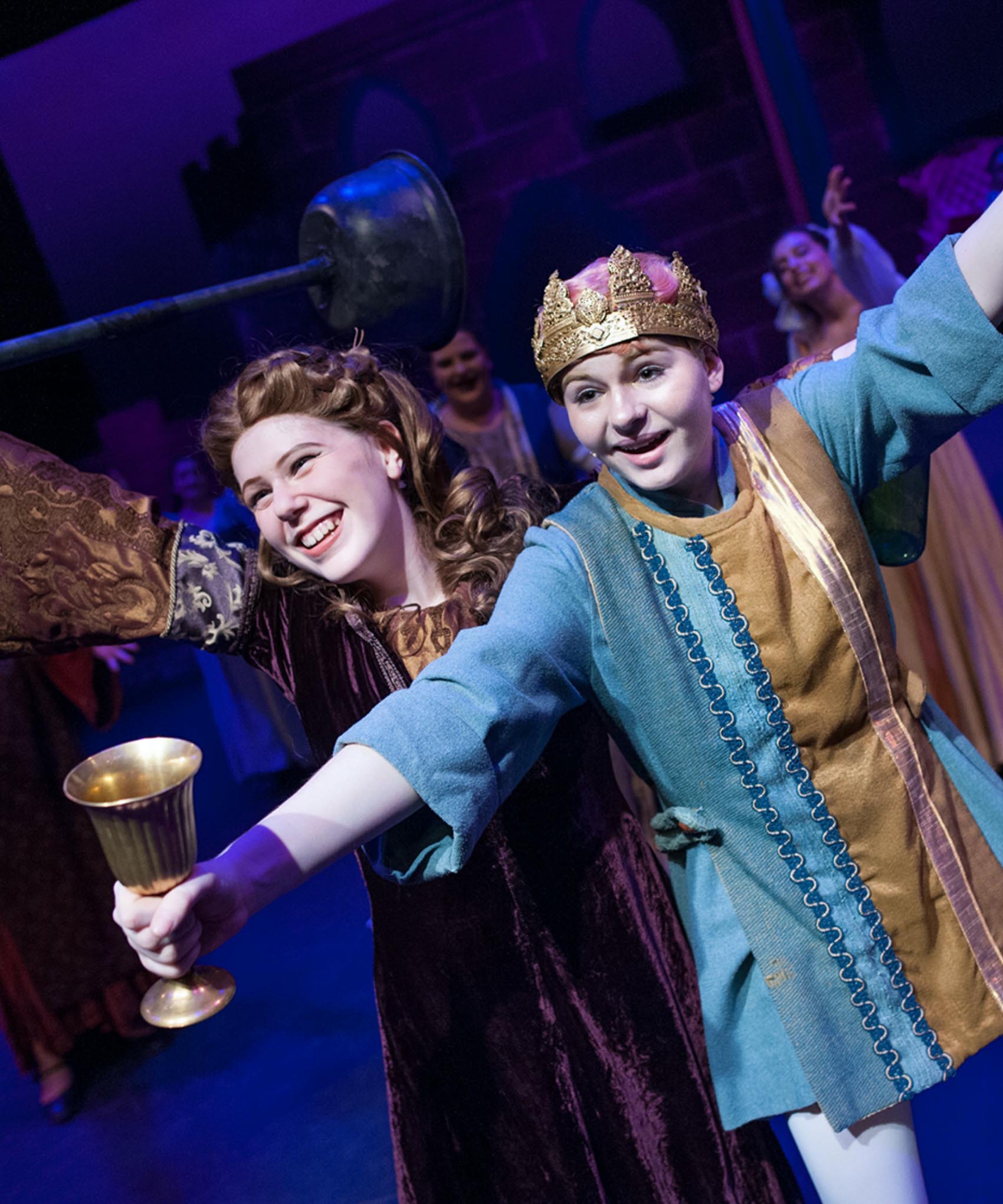